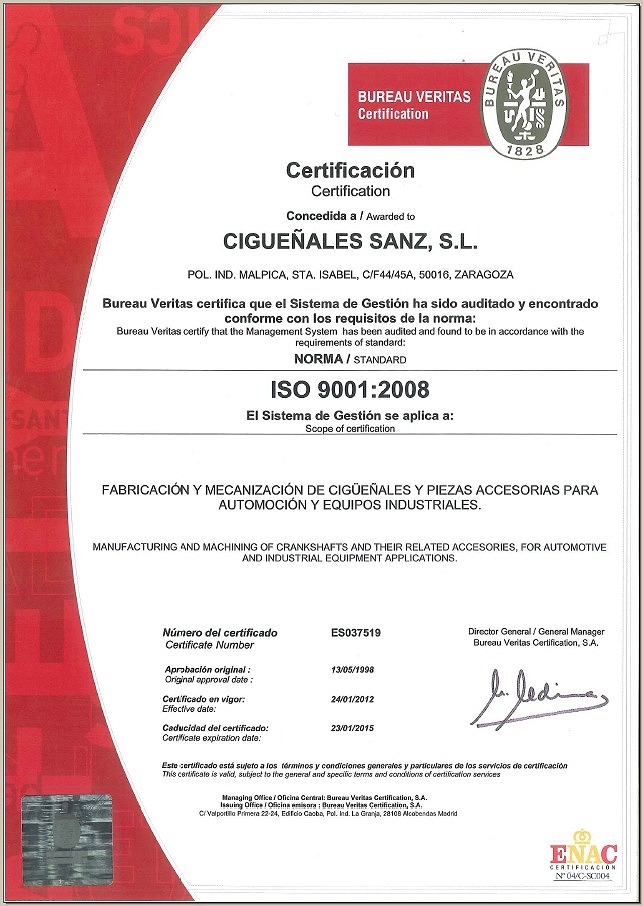 Cigüeñales SANZ was founded on 22nd October 1947 thanks to the efforts and vision of its founder, Mr. Irache Torres. What began as a small motorcycle crankshaft repairing workshop has developed into one of the largest Aragonese industrial companies in the spare part and basic engine equipment sector.
In the early years, Cigüeñales SANZ’s business activity was focused on repairing crankshafts. By the 50s, a difficult decade in Spain, SANZ was already repairing crankshafts of motors brought from the USA of the worldwide motorcycling icon: Harley Davidson. Harley’s motors served as a showcase seen and admired by SANZ’s first clients.
In the Spanish post-war period, where importations were highly restricted, a generation of entrepreneurs was born who with imagination, perseverance and enthusiasm solved the country’s many arising technical shortages. From here, manufacturers of camshafts, cylinder heads, connecting rods, crankshafts, injection equipments, etc emerged. Some of these companies are now international and have prospered successfully.