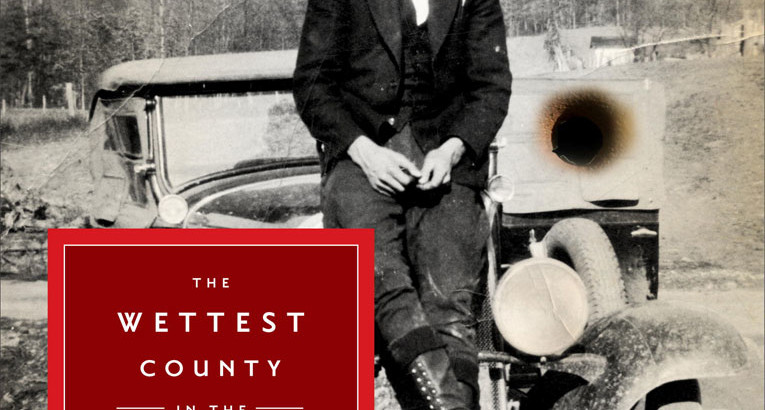 The Wettest County in the World

The Wettest County in the World is a 2008 historical novel by Matt Bondurant, an American writer who features his grandfather and two grand-uncles as the main characters in the novel. The book tells of the trio during the Depression and Prohibition in rural Virginia, who made a living bootlegging moonshine. The novel is told from both the perspectives of the three Bondurant brothers, mainly focusing on the youngest, Jack, and that of the writer Sherwood Anderson. He described Franklin County in that period as the “wettest county in the world” while working there as a journalist during Prohibition.[1] The 2012 film Lawless, directed by John Hillcoat, is based on the book with a screenplay by Nick Cave. 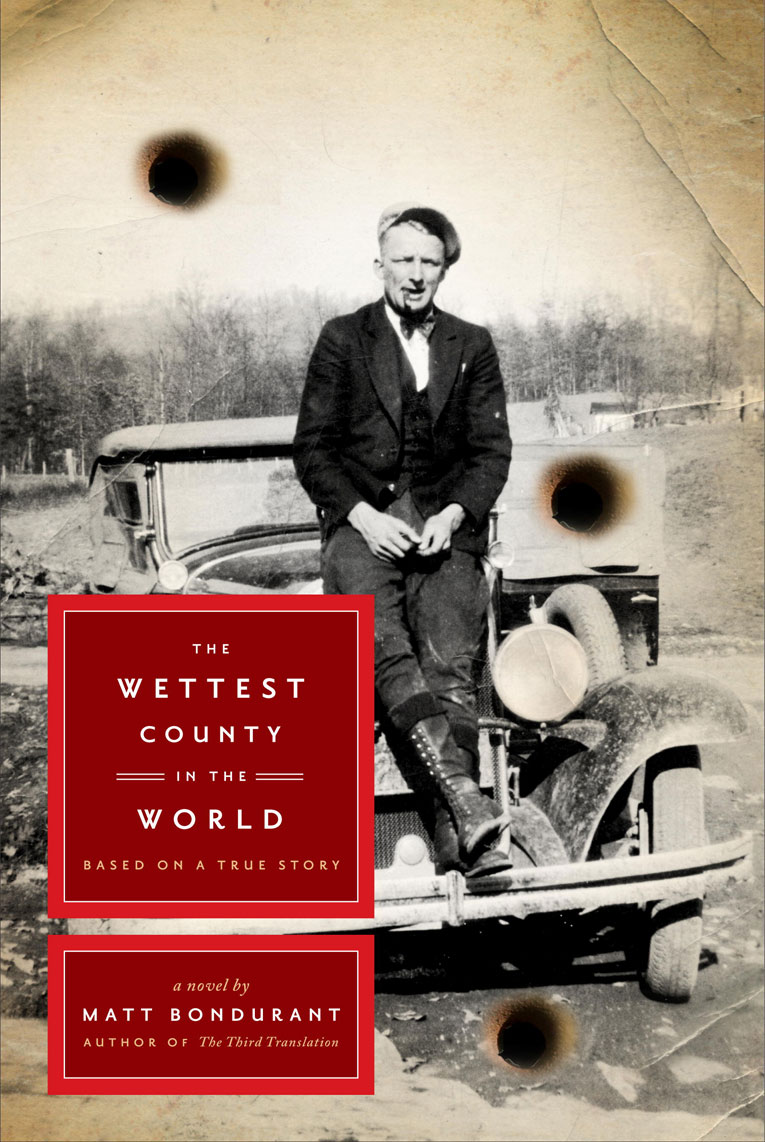 Based on the true story of Matt Bondurant’s grandfather and two granduncles, The Wettest County in the World is a gripping tale of brotherhood, greed, and murder. The Bondurant Boys were a notorious gang of roughnecks and moonshiners who ran liquor through Franklin County, Virginia, during Prohibition and in the years after. Howard, the eldest brother, is an ox of a man besieged by the horrors he witnessed in the Great War; Forrest, the middle brother, is fierce, mythically indestructible, and the consummate businessman; and Jack, the youngest, has a taste for luxury and a dream to get out of Franklin. Driven and haunted, these men forge a business, fall in love, and struggle to stay afloat as they watch their family die, their father’s business fail, and the world they know crumble beneath the Depression and drought.
White mule, white lightning, firewater, popskull, wild cat, stump whiskey, or rotgut—whatever you called it, Franklin County was awash in moonshine in the 1920s. When Sherwood Anderson, the journalist and author of Winesburg, Ohio, was covering a story there, he christened it the “wettest county in the world.” In the twilight of his career, Anderson finds himself driving along dusty red roads trying to find the Bondurant brothers, piece together the clues linking them to “The Great Franklin County Moonshine Conspiracy,” and break open the silence that shrouds Franklin County.
In vivid, muscular prose, Matt Bondurant brings these men—their dark deeds, their long silences, their deep desires—to life. His understanding of the passion, violence, and desperation at the center of this world is both heartbreaking and magnificent.